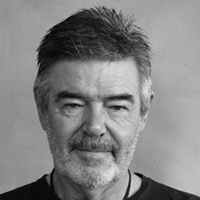 Peter Cleary was born in South Africa and received his schooling in Rhodesia. His further education was at Rhodes University where he obtained an honours degree in English. His fondest memories of school and university were on the rugby field not the classroom.

He worked as a newspaper reporter and high school teacher before joining Ford Motor Company as a trainee in Port Elizabeth. He was with the company for a dozen years with overseas assignments in Detroit, London and Melbourne, mostly in the fields of marketing and product planning.

In 1981 he joined Mercedes-Benz and became Management Board Member for marketing three years later, a position he held for more than a decade. At the age of 50 he started his own motor dealership, the first of three, in the town of Empangeni in Zululand.

The motor dealerships eventually thrived and won numerous awards for excellence. In 2007 he sold the largest companies to a major chain.

For the first time in a career spanning 40 years he had some time and started writing, a dream he had harboured since boyhood. The initial output was prolific; his first book was written at a speed of 10 000 words a week.

He lives with his wife Cathy in the coastal town of Mtunzini, the Indian Ocean a visual and audible presence. He spends some time in his remaining business but mostly writes, photographs and travels.