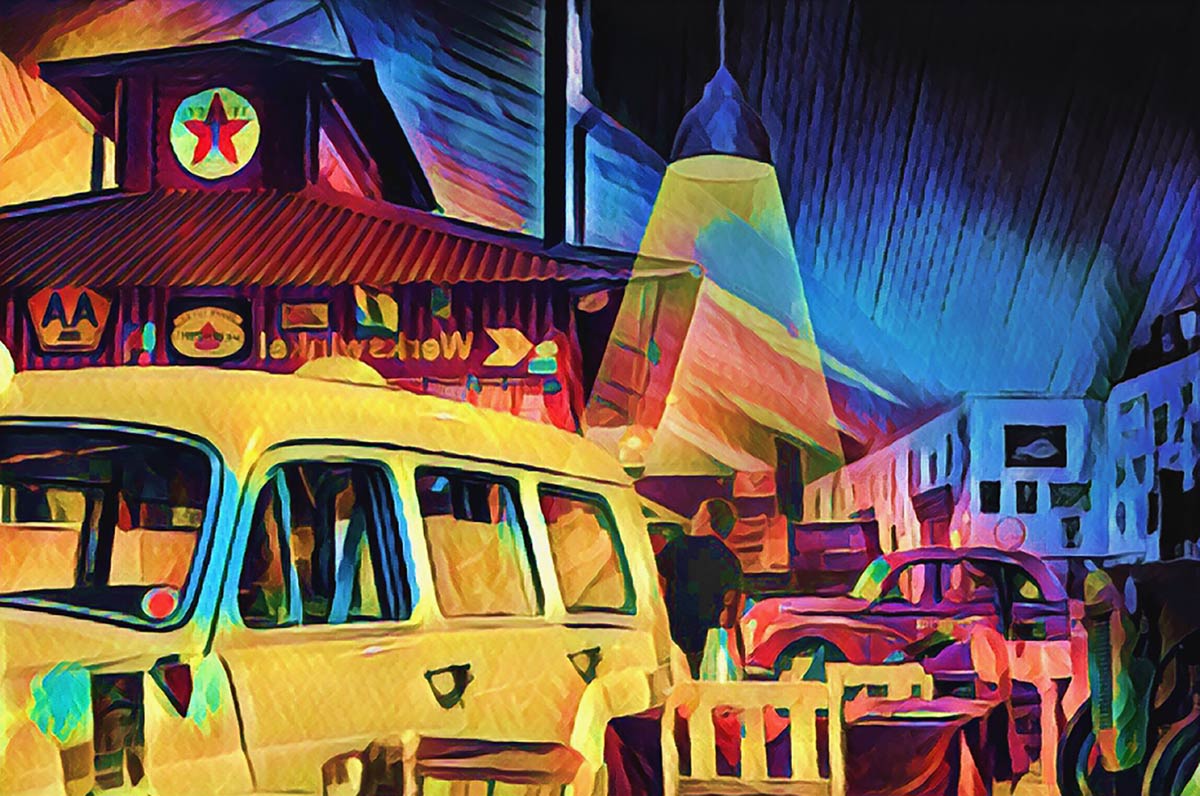 Published by justinw on 29 November 2018

How an image captured in a desert restaurant found its way to the cover of my new novel, Motor Games. 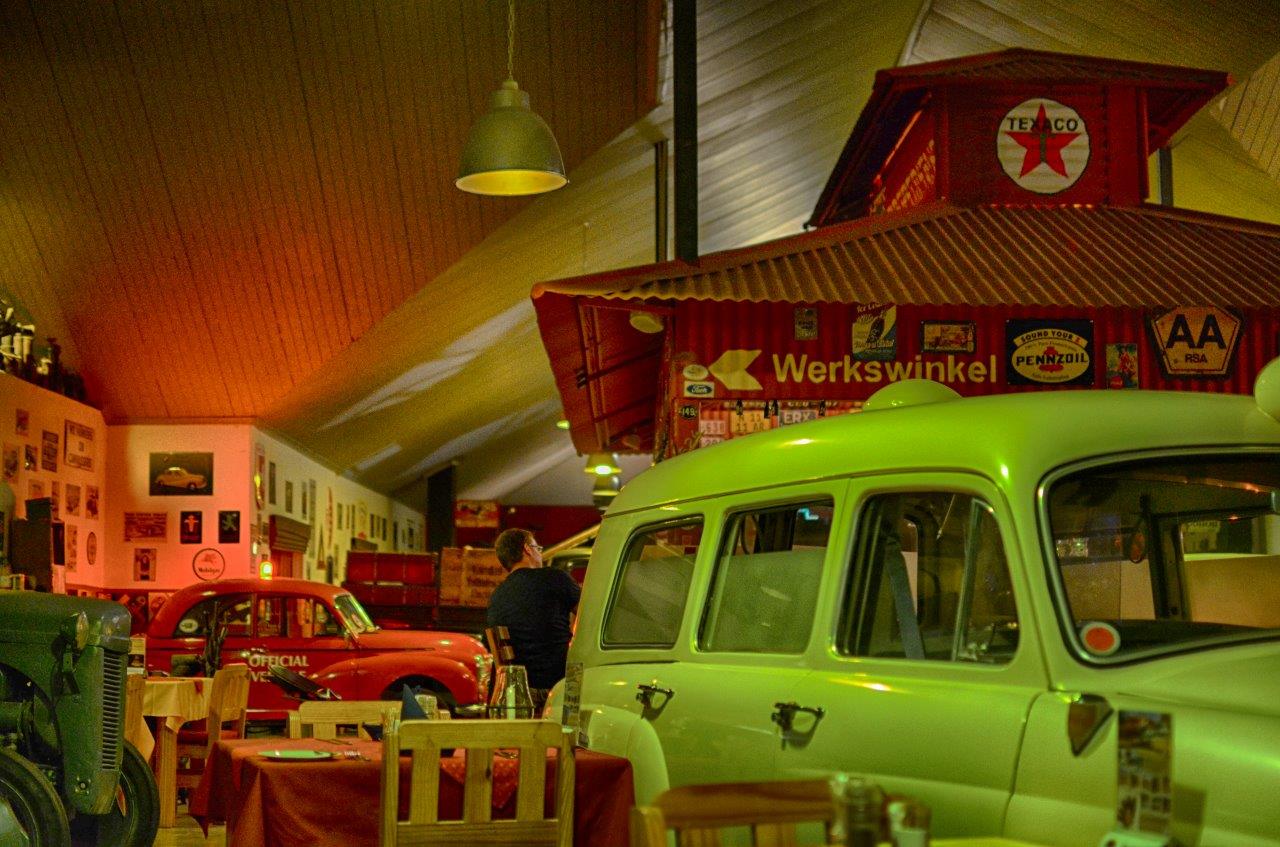 The photograph was taken at seven thirty on the evening of September 16, 2013 in the restaurant of the Canyon Roadhouse near the Fish River Canyon in southern Namibia. The camera was a Nikon D7000 and the image was captured at f1.8 and a speed of 1/50 of a second. The meal was probably Gemsbok steak (the staple there).

The original photograph becomes a painting, the image reversed (which gives problems with the written word), and the colours changed and enhanced with the design of the final cover in mind. Thanks Jo Petzer. 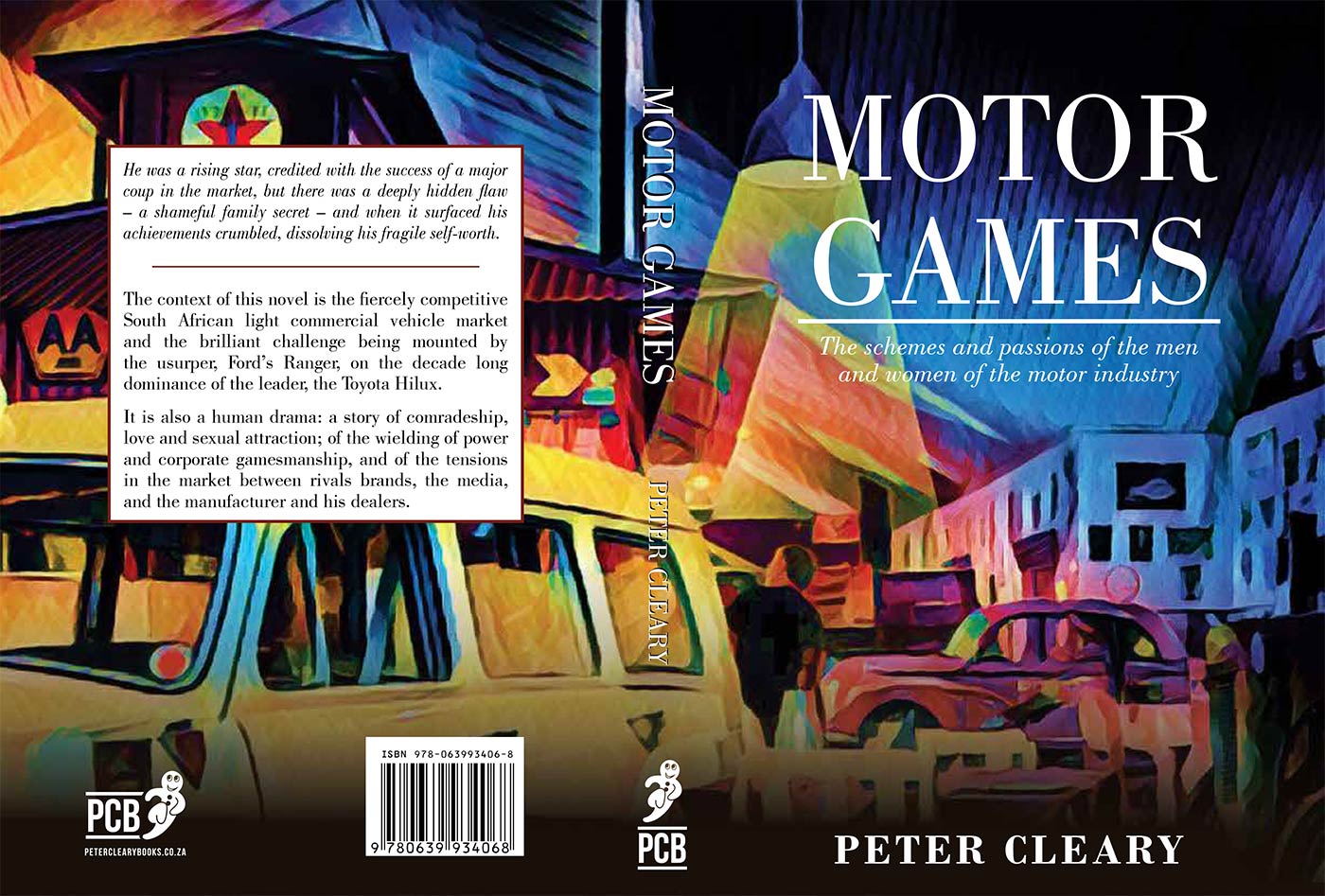 The final product. My most adventurous and colourful cover. There is another reason why my wife and I remember that night in 2013: the room we hired at Canyon Roadhouse had a large crack in the wall and while we were having our meal in the restaurant, dozens of worms hatched in the Camel Thorn standing against that wall and came pouring through the crack, drawn by the light. They didn’t have another room. Glamping is not for sissies.