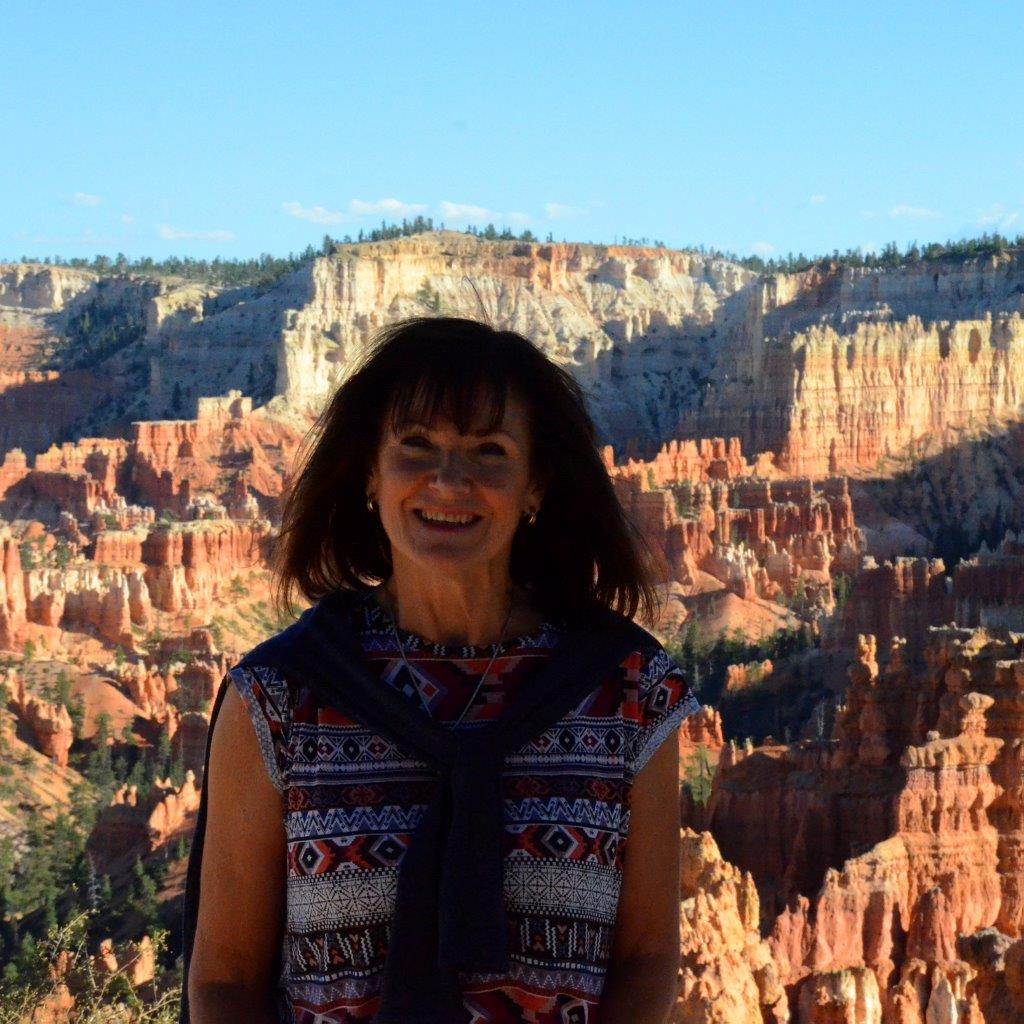 Published by justinw on 23 February 2022

Zane Grey wrote romantic western novels, the emphasis on romantic. So this picture would have found favour with him: a pretty girl in front of a western scene, Bryce Canyon in Utah.

When I am not writing I do photo albums. Zane Grey Country contains photographs and commentary of a road trip Cathy and I did in South-West America in September 2016. This is the territory Grey loved, and where he found his stories.

In the mid-1950’s a young Englishman came to Bulawayo to work for my father who was then the superintendent of Mpopoma, the first township for married persons. The young man’s job was to organise sporting events for the residents. I remember him as a softly spoken man, and I remember him for the tragedy that his fiancé died of an unknown ailment, but mostly I remember him as he introduced me to Zane Grey. He would lend me one book from his collection for a week. I would finish it that night and ask for another, but he never deviated from his one book a week rule, said I needed to absorb each story.

Eventually I started to buy my Zane Grey books from a second hand dealer in Bulawayo. Two shillings and six pence a book, paid for by collecting 10 bottles in the alleys in the town, redeemed for a tickey each.

The collection shown in the picture above is on the top shelf of our study at home. Those books are up to 60 years old, bought mostly second hand, but some added later, some even bought new. The fact that I kept them all the years attests to the early lessons about ethics I learnt in the pages of the books.

The next photographs show scenes from that road trip in 2016. 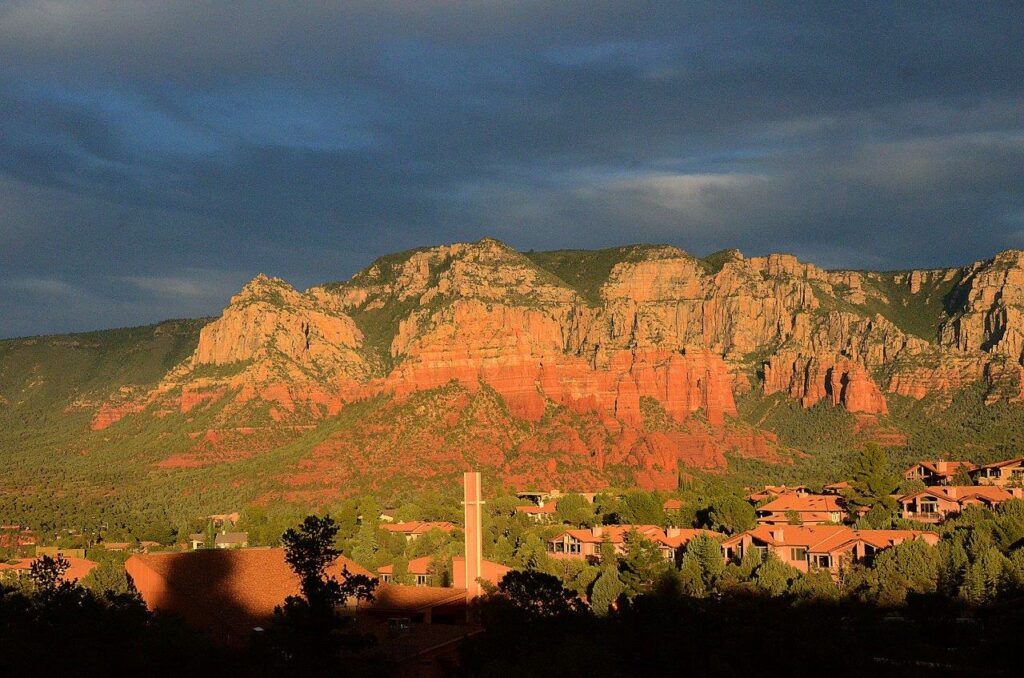 This is Sedona, Arizona. We had not booked but those sandstone buttresses decided us to stay the night. It turns out Grey came to Sedona, attracted to Oak Creek Canyon, the principal architect of the erosion that formed the basin in which Sedona is located. Grey wrote a book about the canyon titled Call of the Canyon. The book was the inspiration for the first movie made in the town in 1923. 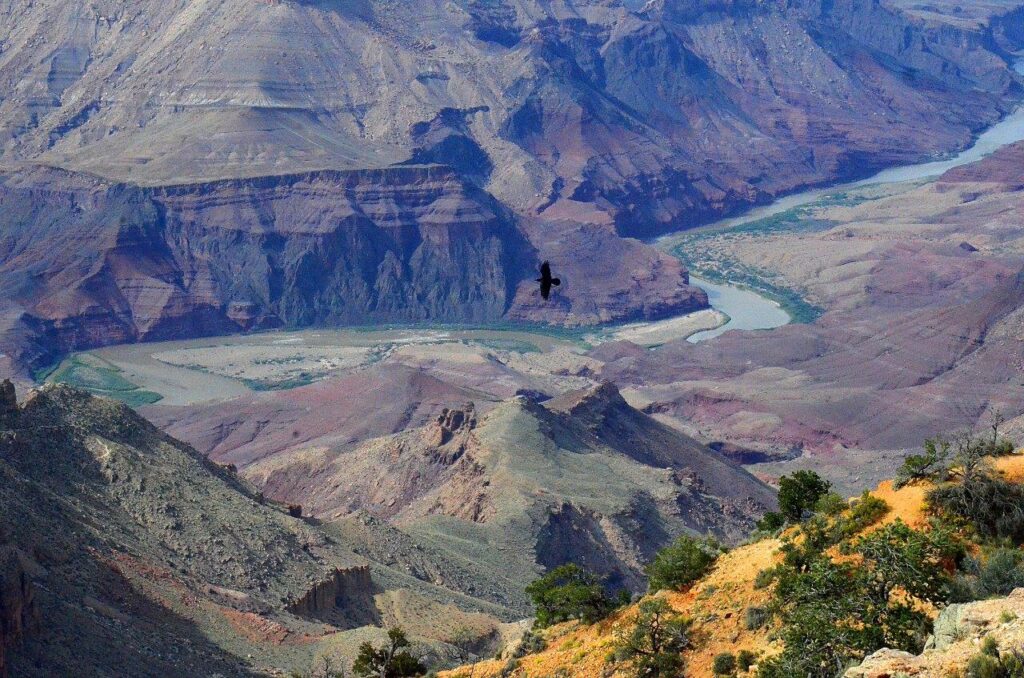 Our first view of the mile deep Grand Canon was this scene, taken from Desert View, the black Crow looking like it has been photo shopped into the scene! 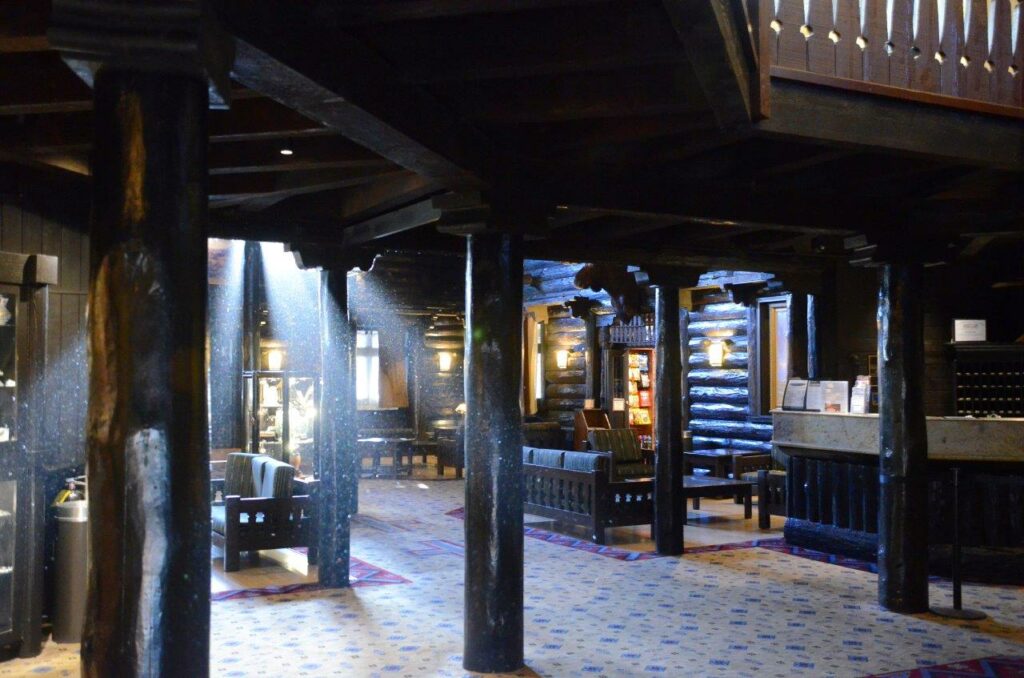 We were extremely fortunate to stay in El Tovar, the first hotel to be built in the park when the Sante Fe railroad reached the Grand Canyon. The 1906 hotel was built right on the rim, of sandstone and Oregon pine. This atmospheric picture was taken early in the morning as I went out to take photographs. 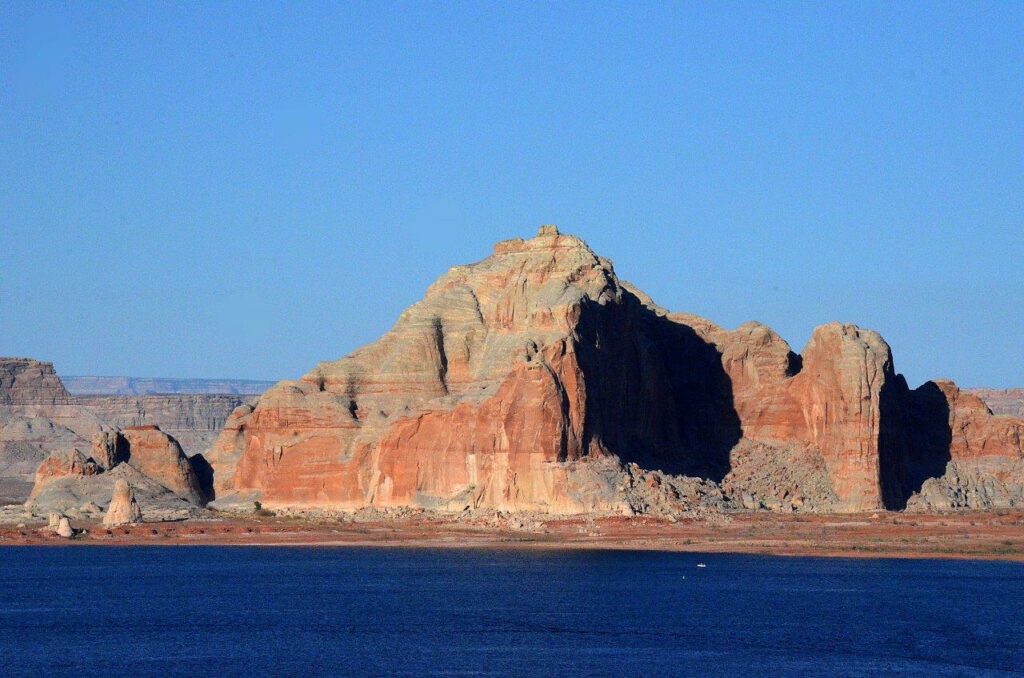 Lake Powell, deep blue water, white and orange sandstone cliffs. The lake is formed by the Glen Canyon Dam on the Colorado River and is nearly 185 miles long. It was an R ’n R stop for us. 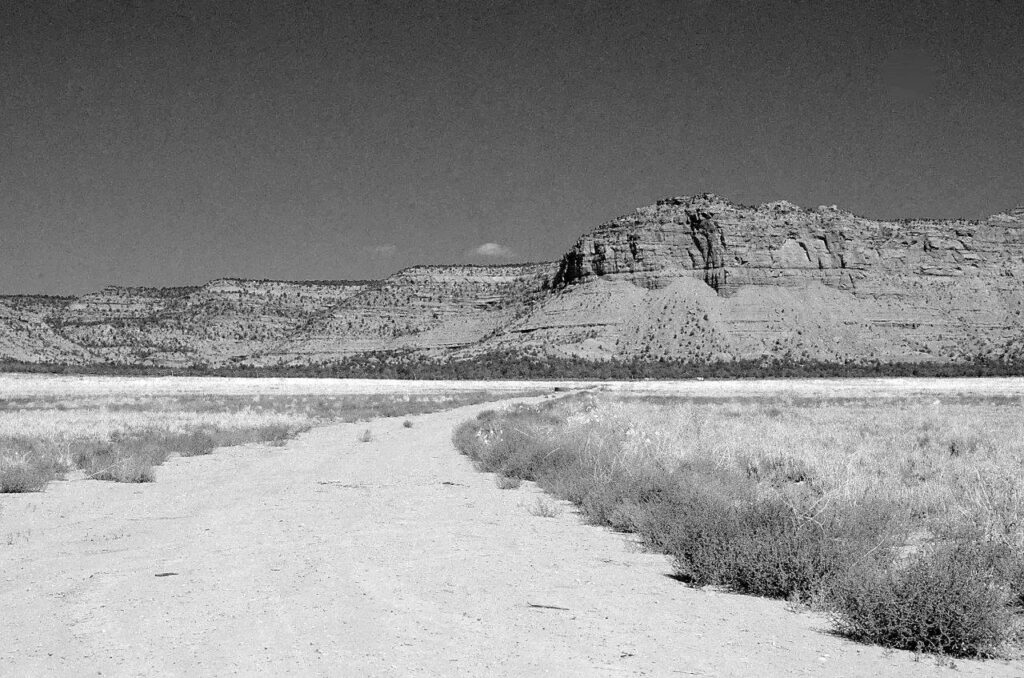 My joke, a black and white photograph of a land feature named for its colour: Vermillion Cliffs, near the town of Kanab, Utah, which features in Grey’s novel The Deer Stalker. 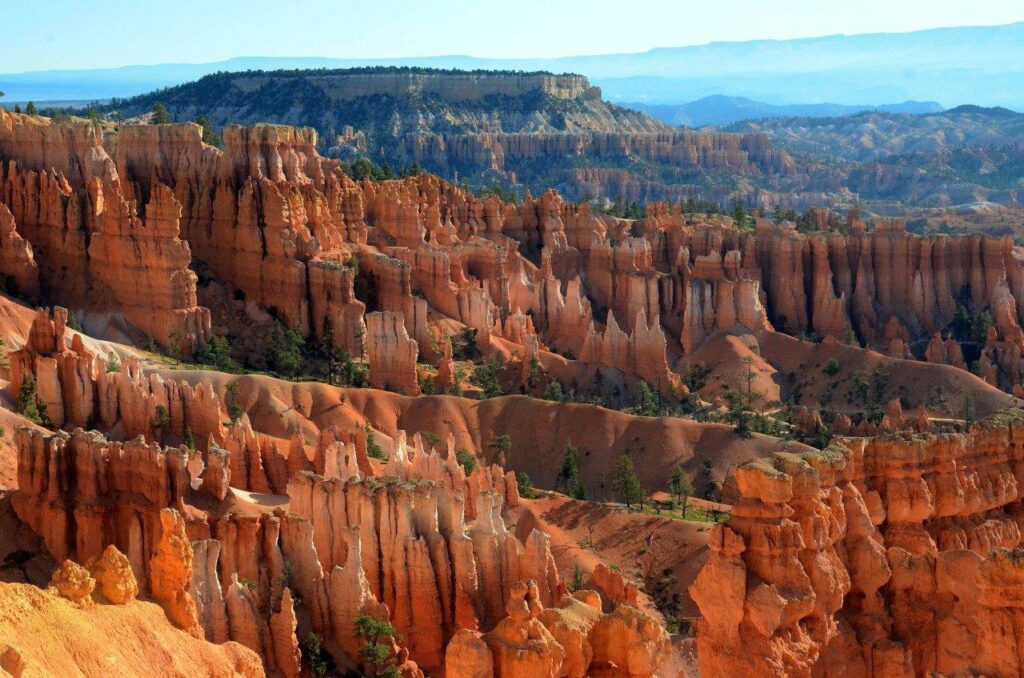 Bryce Canyon, Utah. Not really a canyon, a series of amphitheaters with deeply etched gullies along a 20 mile rim. We did a walk billed as “the best 3-mile walk in the world,” 600 feet down into the amphitheater and back up a steep climb they called Wall Street. We agreed with the title of the walk, the best couple of hours of our whole trip. 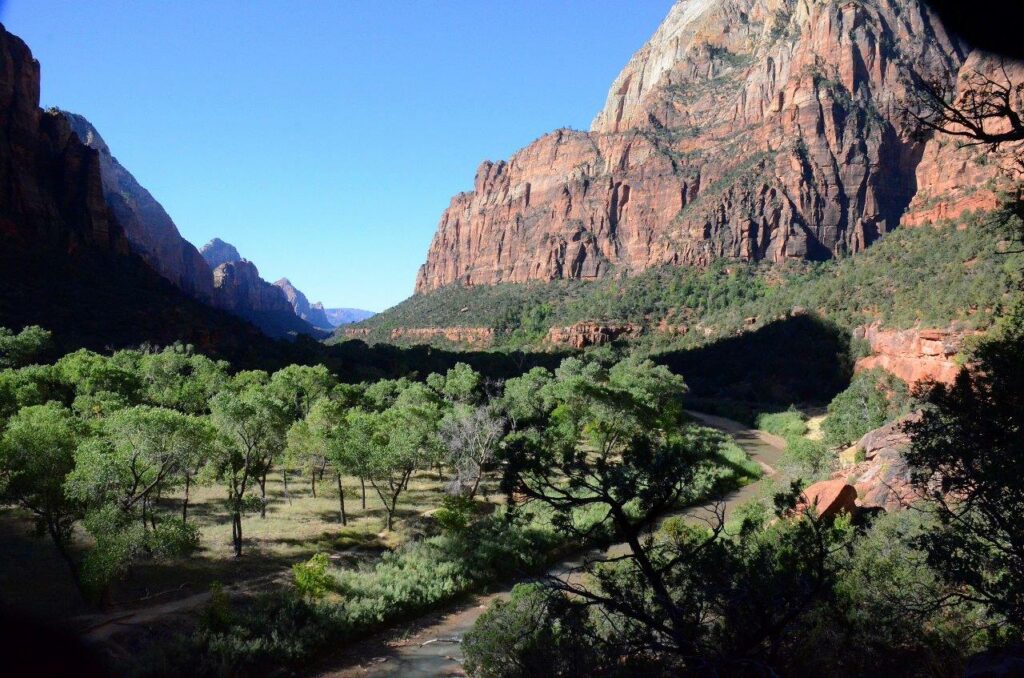 Zion Canyon, Utah. A spectacular valley cut into the Navajo Sandstone by the Virgin River over an estimated 13 million years. The cliffs looming over the river are on average 2000 feet high, and some of the surrounding peaks are over 9000 feet. Our 15-mile walk in that wonderful valley took place on September 11, the day of remembrance to mark the bombing of the World Trade Centre, a coincidence that added to our appreciation. 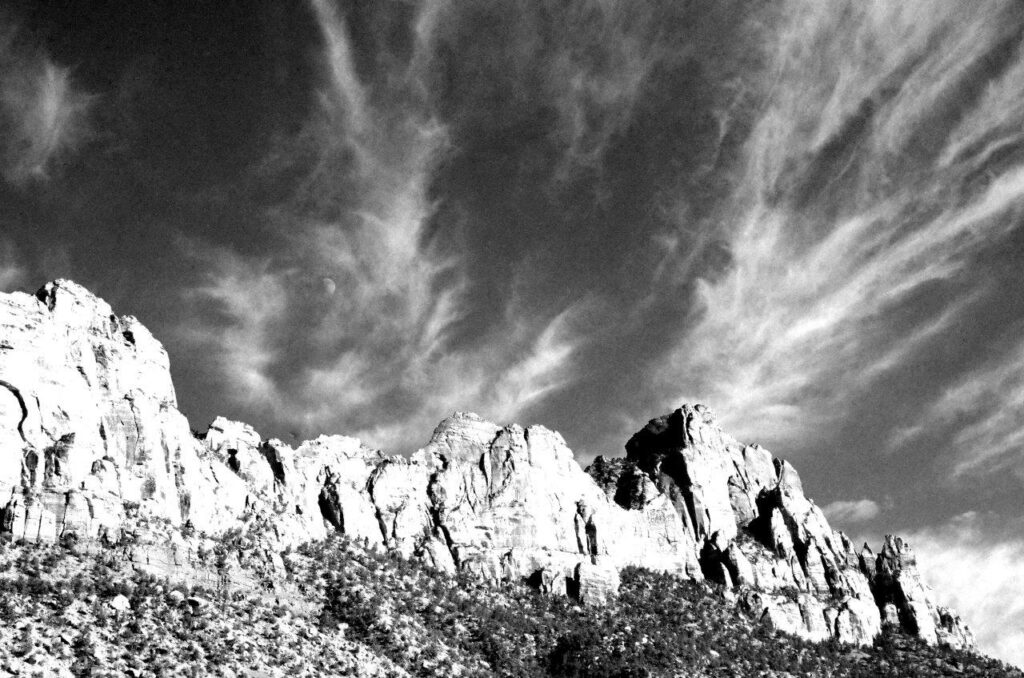 The mountain across from the hotel we stayed in at Springdale, the small tourist town outside Zion, is a fitting end to this blog. That was the last of exploring the places that were once walked by Zane Grey as he searched for his stories.

The next day we were off to Las Vegas for city adventures: the entertainment capital and then New York.