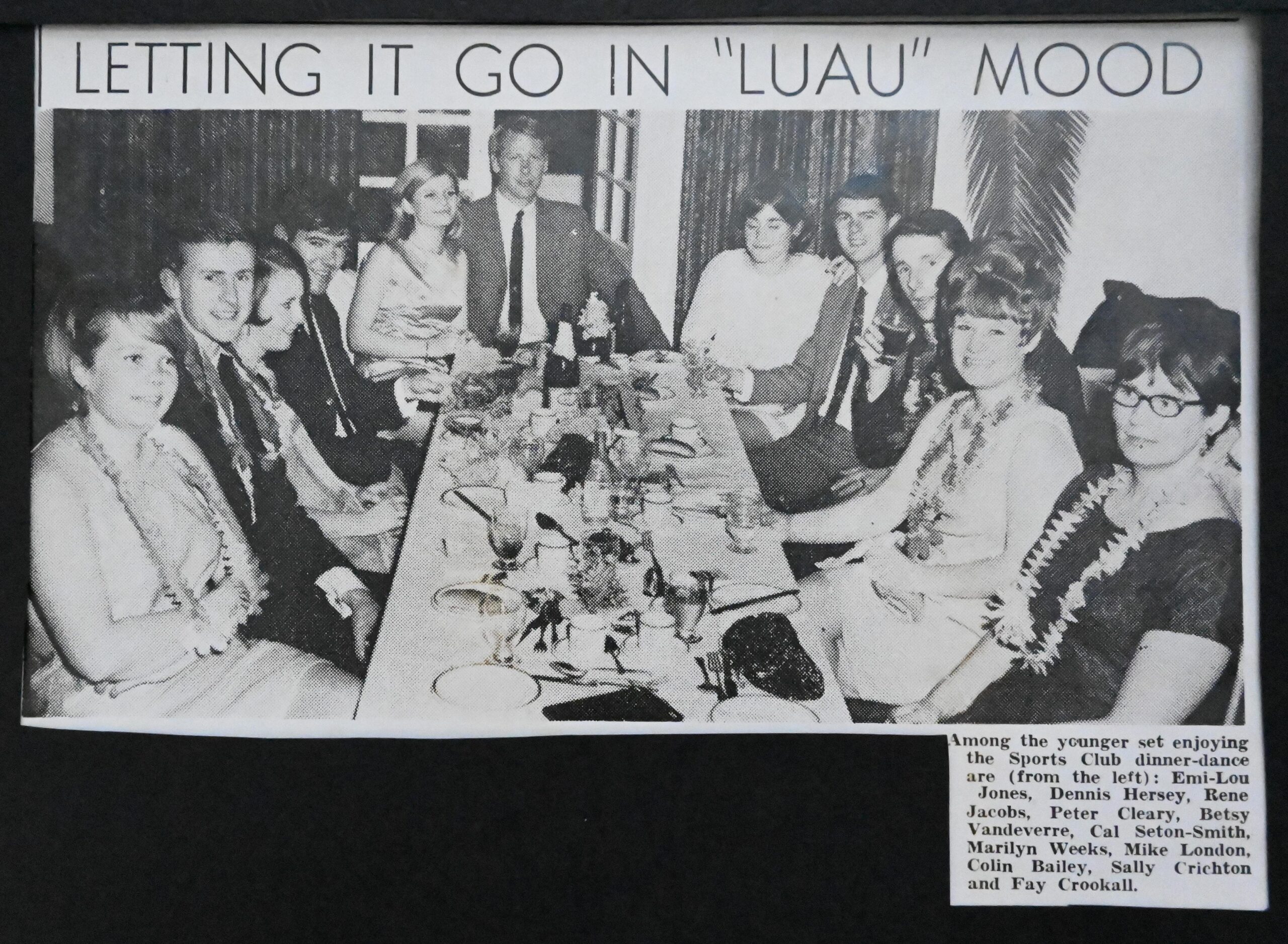 This picture was taken on September 28, 1967 and published in the Eastern Province Herald. It’s a bunch of young people sharing a table at the Walmer Hotel in Port Elizabeth. Included are people who worked at the newspaper, and they probably motivated the get-together. Three of them were young reporters in the newsroom: myself, Cal Seton-Smith and Mike London. Sally Crichton worked there too, in what capacity I forget.

The hero of this story is Cal Seton-Smith. Sitting next to him on his right is Betsy Vandeverre who he married the following year, and they are still together.

I did not follow Cal’s life and only recently came across him in social network pages. Seems he stayed in journalism, becoming a political writer and editor and is now retired and living in Port Elizabeth.

And then he wrote this wonderfully evocative poem about the war in Ukraine with a final line that stirs the warrior in us. I contacted him and got his permission to publish it here, and also found out that he recently launched a book of poems titled Fortesque’s Last Dance.

If you like The Last Train and want to know more about him and his work he can be contacted at seton-smith@gmail.com

Tell me soldier, when will the last train
Be leaving Ukraine
There’s a dog howling back there
Somewhere
And there’s a teary-eyed boy pulling a cart
He traded his pet for a broken heart
There’s a gloomy sky above
People dying for the land they love
I walk an endless avenue of scorched trees
As death stalks cities and towns already on their knees
But brave people will fight to the last
In the rubble and snow and the icy blast
The birds which once sang a song of delight
Now flee the holocaust in frightened flight
But a thousand crows or more
Are feasting on the scraps of war
Looking on, the leaders of the earth
Prove they are of little worth
The master of a pariah nation
Wages war from safe isolation
A tyrant and murderer who knows no shame
It’s his war alone the people proclaim
Is anyone man enough to bring him down
World leaders simply nod sagely and frown
They say it’s not a war of guns and tanks
But one of money and banks
To be seen through the lens
Of deals and treaties and ball point pens
Don’t they hear the mournful wail
Of sirens echoing a nation’s travail
And so I ask again
Soldier, when will the last train
Finally leave Ukraine
Not before the last man falls says he
We will never bend the knee
I would be proud if that man was to be me