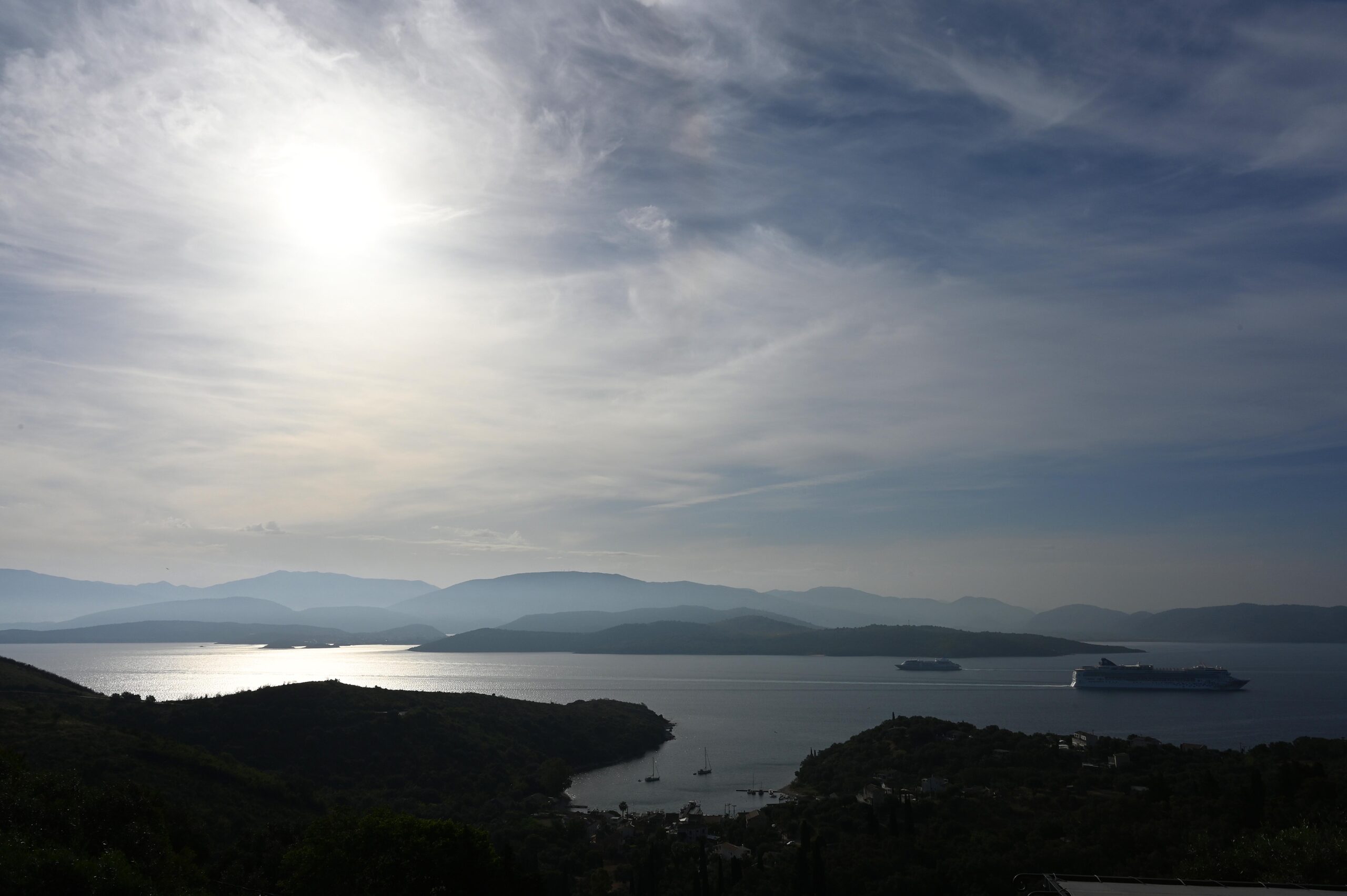 Interlude. A pause between activities. A pause in the restrictions placed for Covid. I know, fancy word to use for a fortnight in the Mediterranean. We spent a week in Corfu with our London family, and then a week in Malta. Corfu was about family and comradeship. Malta was about history.

The opening picture is taken from the villa we hired on the north east shore of Corfu, looking down on the bay and town of San Stefano and across that short strait, the shore of Albania. 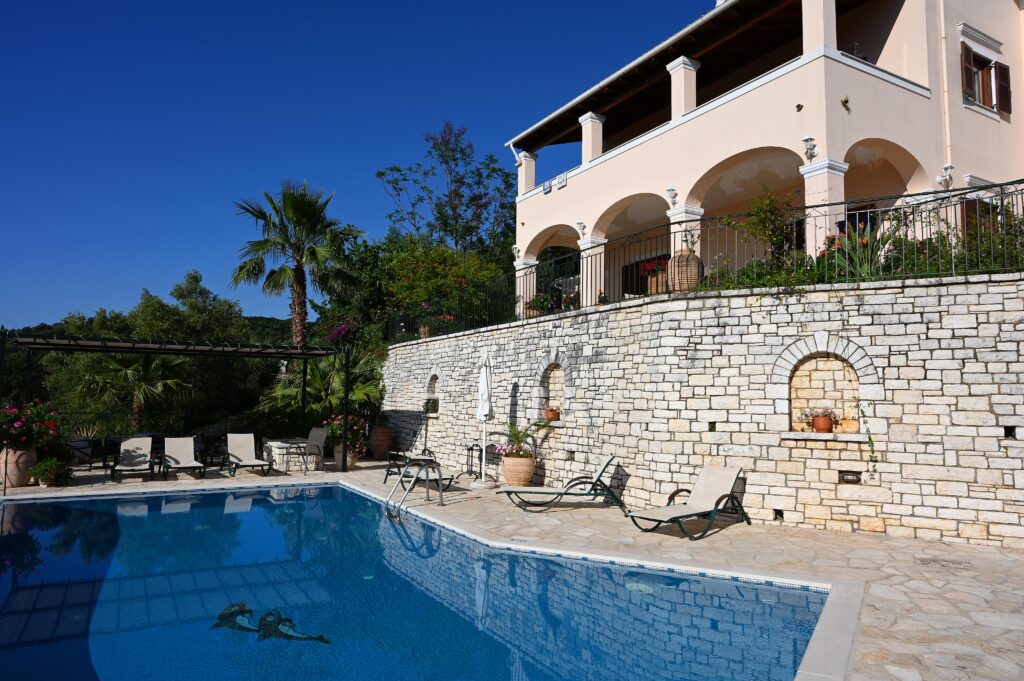 This is the villa we rented for the week. So beautiful it seemed above our pay-grade. It was named Nepenthe. Nepenthe: a potion to induce forgetfulness of pain or sorrow. Interesting. 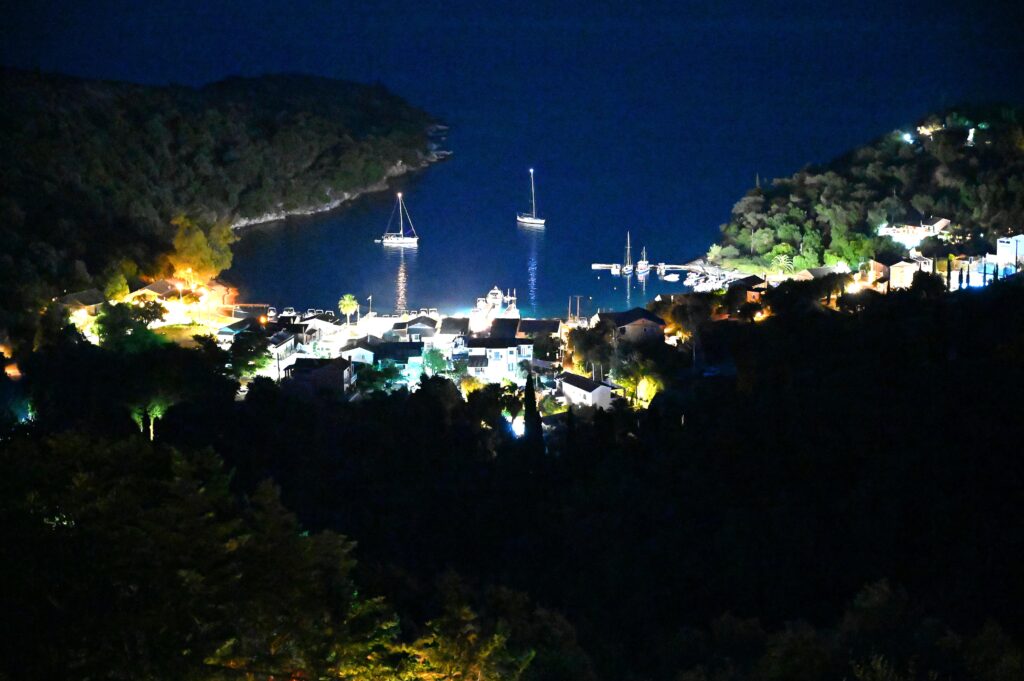 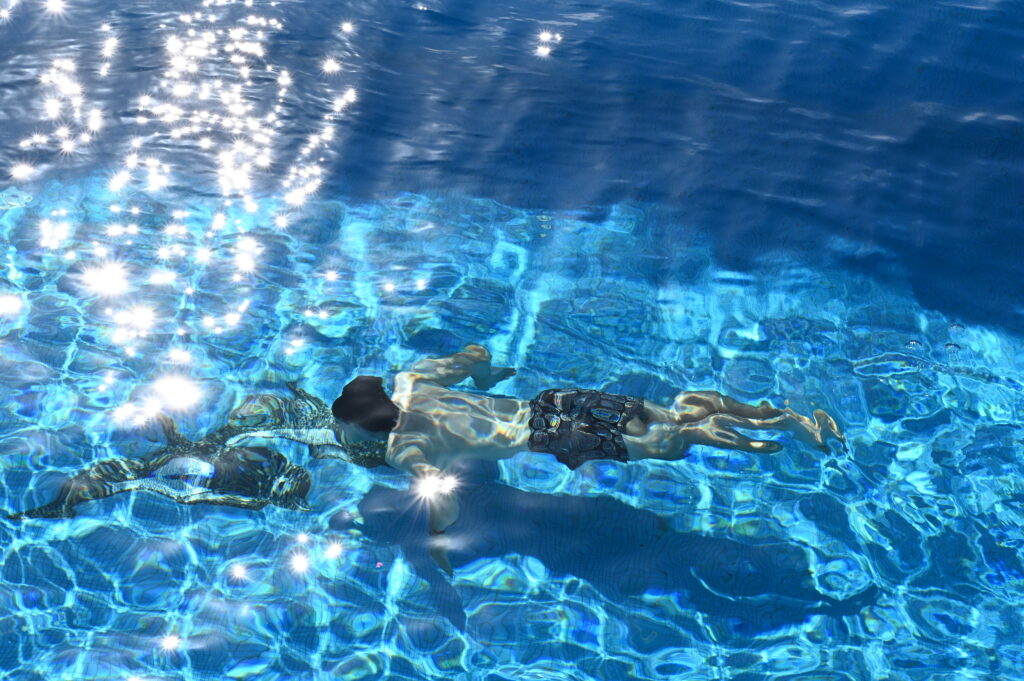 I wanted to show you a picture of my son. They say we look alike! But never at Andrew’s age, a few years short of fifty, could I do four lengths of that pool underwater. 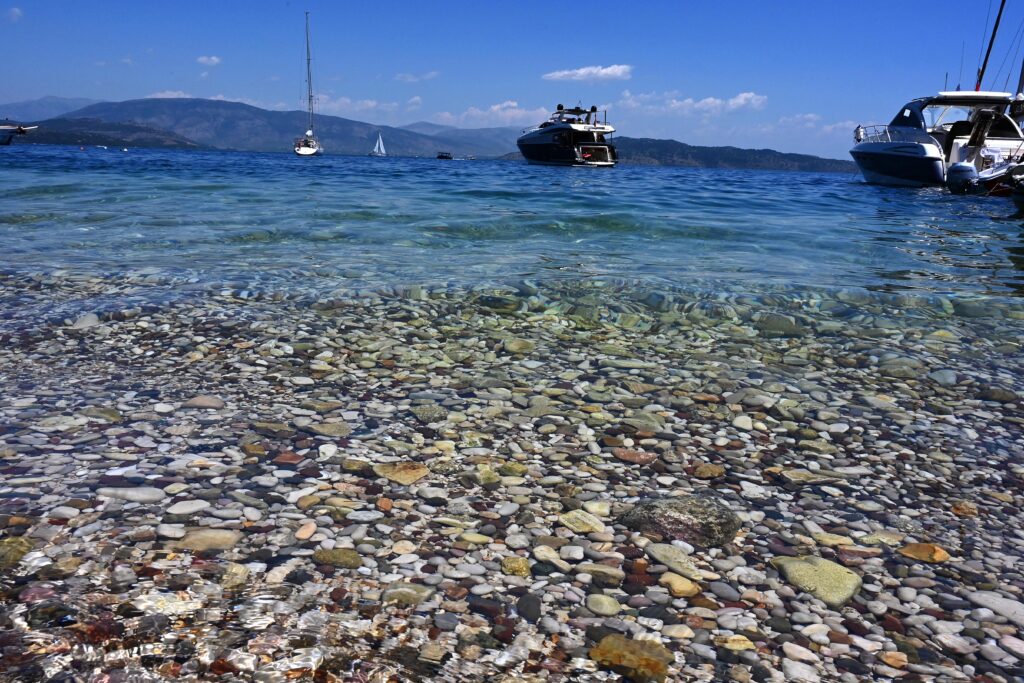 A picture of the stony beach at Agni, a bay and harbour a few kilometres south of Stefano. We hired a boat for the day. Up to a motor size of 30hp you need neither a licence nor experience. The day in the boat included motoring into isolated bays a few times, anchoring and swimming, and then stopping at Agni, choosing Taverna Nikolas, pulling into their jetty where an assistant took the boat and parked it while we enjoyed a lunch of Greek food and wine. 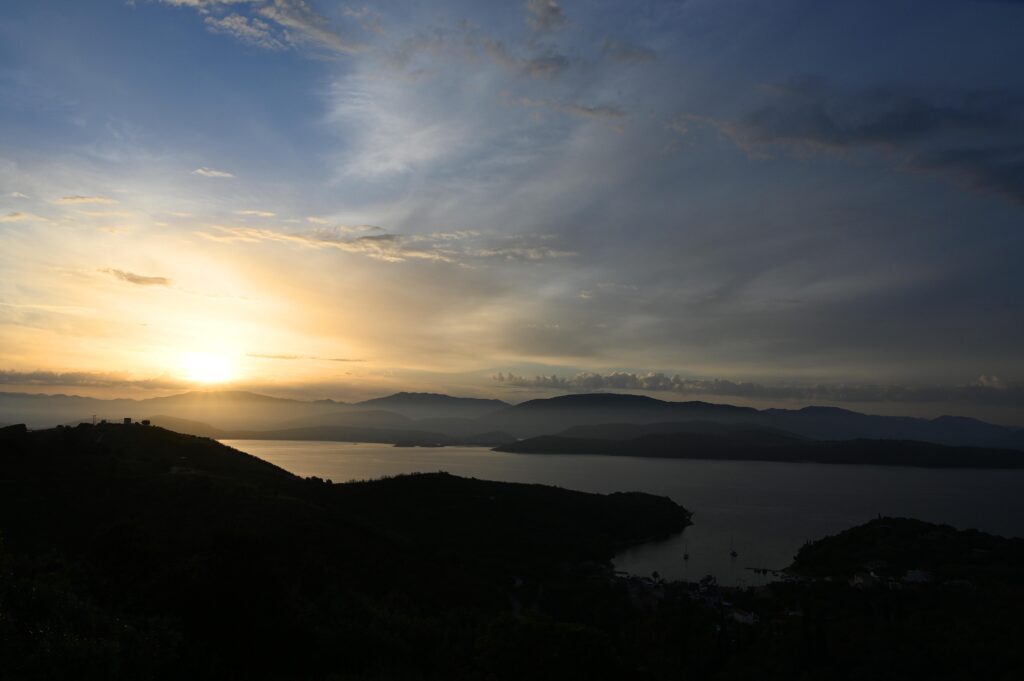 Dawn of one of the last days in this extraordinarily beautiful part of the world. 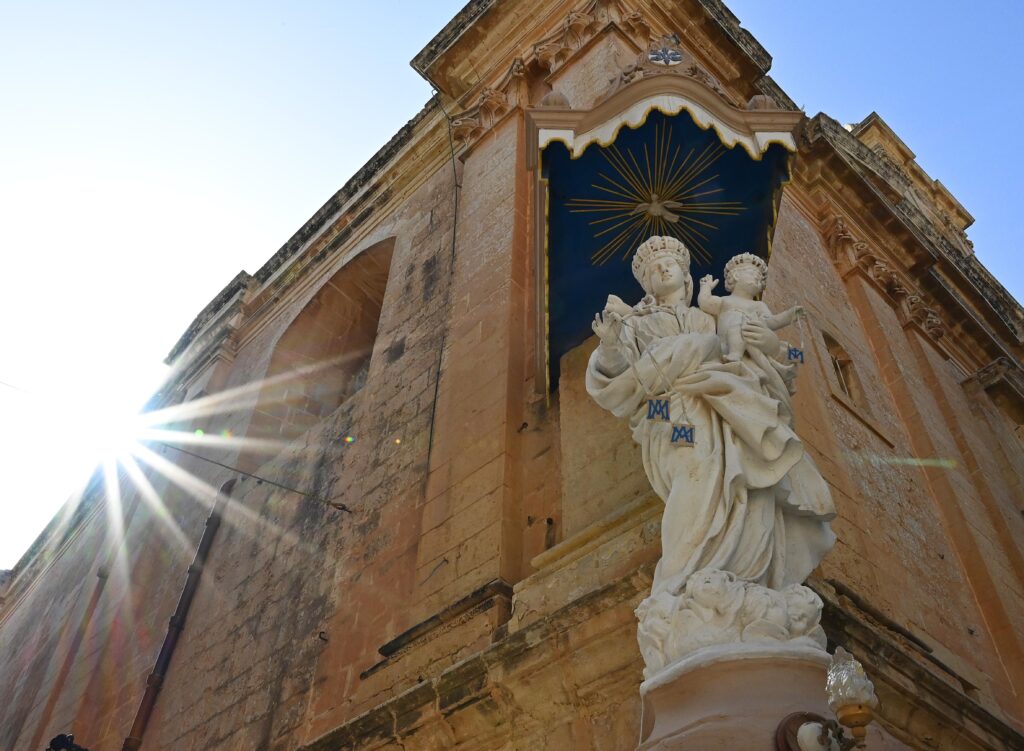 A statue of Mary and Child on the corner of the church of Our Lady of Mount Carmel in the ancient city of Mdina which owes its origins to the Phoenician period of Malta in the 8th century.

Malta was frequently conquered, generally by whoever was the strongest sea power in the Mediterranean at the time, but mostly defined in terms of religion, fortifications and architecture during the rule of the Knights of Saint John.

My interest came from the research I did for my novel For the Love of Frances, about the life of Anthony Durnford of Isandlwana fame. One of Durnford’s postings was to Malta, which was then a staging post for the Crimean War. 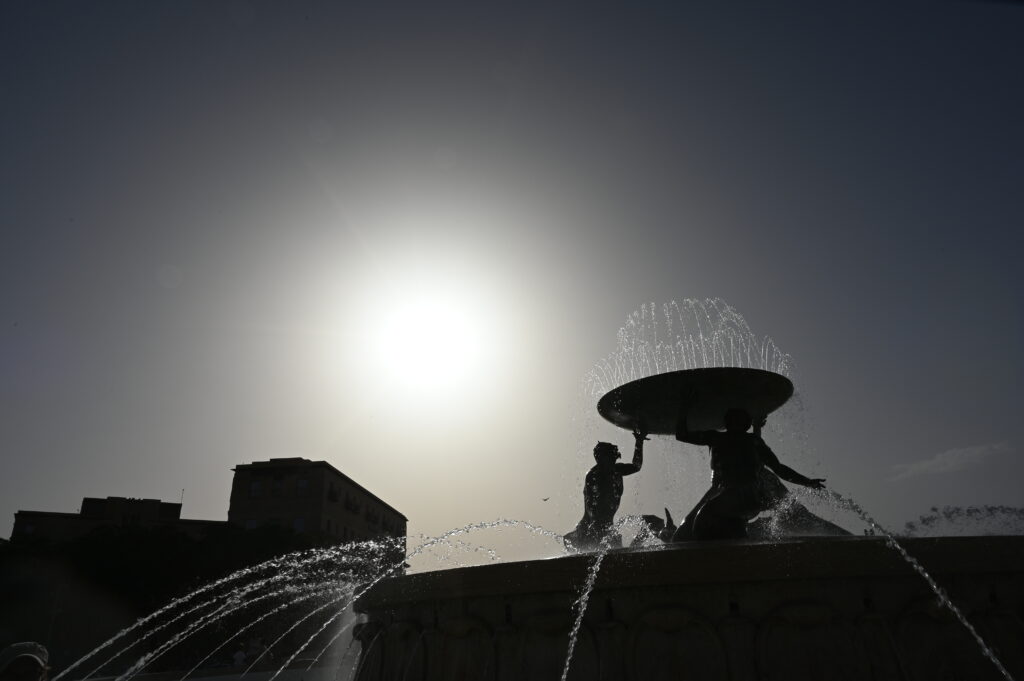 The fountain near the main square of Valetta, the city built by the Knights. 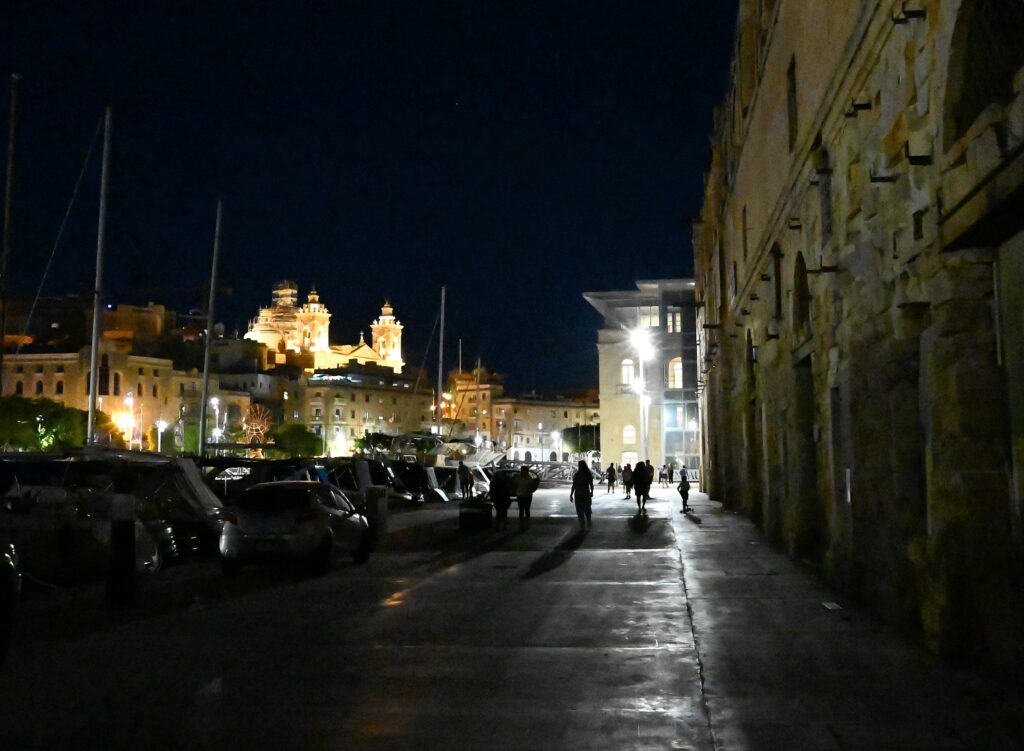 One evening Cathy and I took the ferry from Valetta to Cospicua at the head of Marsamxett harbour for supper. We left in daylight but night had fallen when we left the restaurant and this picture and the next show the versatility of the Nikon mirrorless camera. I find a pleasing mystery to the back-lit figures in this photograph. 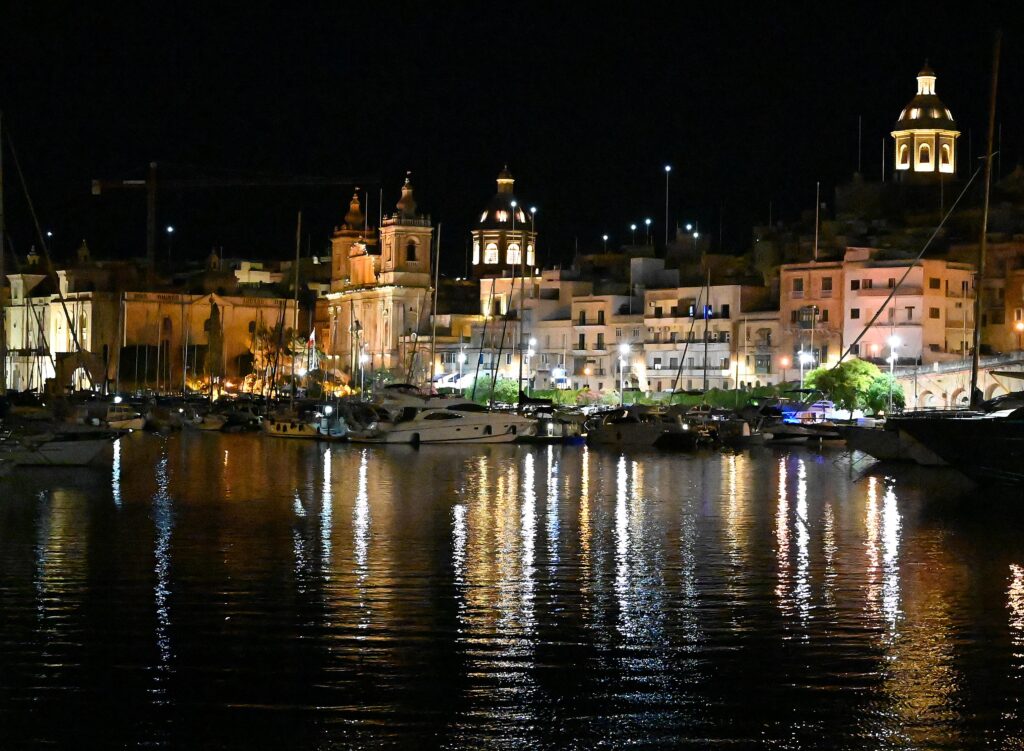 Marsamxett harbour is a small boat harbour, although small is an inadequate description for some of the yachts and large motor vessels sheltering there. 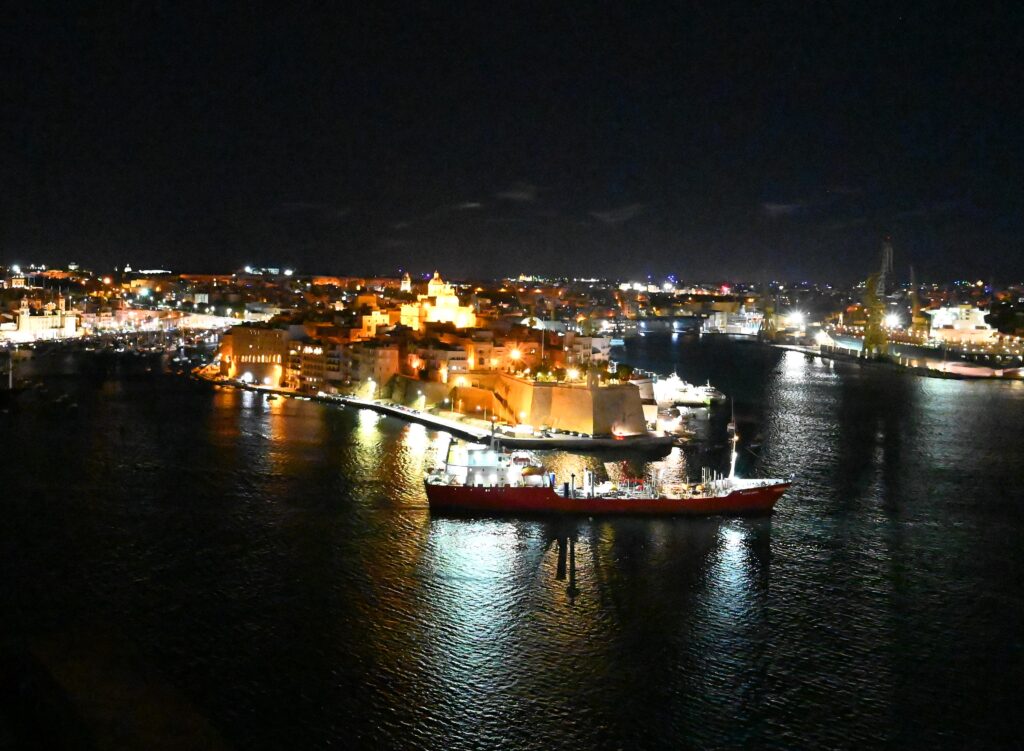 The Grand Harbour at night. Behind the freight ship coming into harbour is Fort St Angelo, once the headquarters of the British Mediterranean fleet. 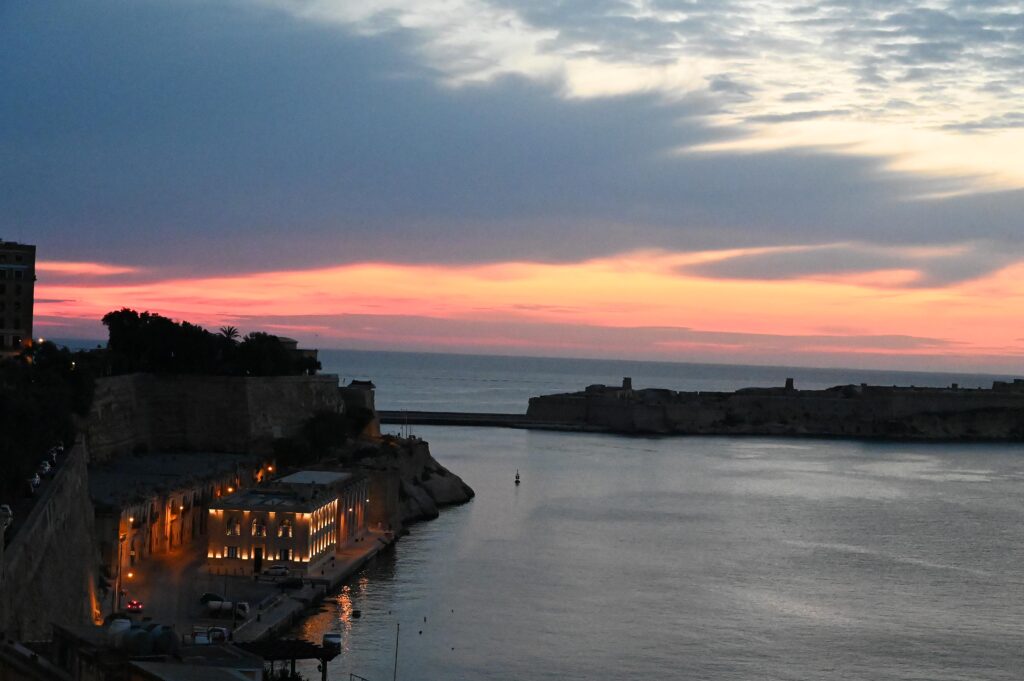 The Grand Harbour at dawn of our last morning, looking east to the exit to the harbour. Pictured on the left above the lit building is Fort St Elmo the scene of the most vicious attack in the history of the island (the attackers in the year of 1565 were the Ottomans under Sultan Suleiman) until the Italian and German air forces tried to bomb the island into oblivion at the beginning of World War Two to protect the supply routes of Rommel’s army in North Africa.